"I encourage the parties to fully express their positions in an amicable setting, with the assurance that what is said will be used to reach a resolution and not be admissible or in any way used to the parties' disadvantage. My role as a neutral mediator is to listen, to be fair and objective, and to express a considered evaluation of the parties' position. The parties are entitled to a recommendation from the mediator if they wish one.  My goal as a mediator is to bring people together to reach a mutually satisfactory consensus." 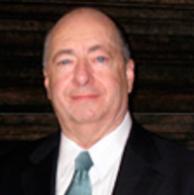 Justice Gallagher developed his philosophy of mediation during his 23 years of experience on the Illinois Circuit and Appellate courts while successfully mediating a resolution in many complex cases. He mediated hundreds of cases to settlement as well as presiding over hundreds of bench and jury trials.  Since starting the firm, Justice Gallagher has mediated over 200 cases with more than a  90% settlement rate.

He was recognized by The Chicago Lawyer one year as the judge with the largest number of settlements in excess of  $1 Million. He settled cases valued over $100 million in the trial court. Since 2011 and the start of the company, he has settled cases worth over $200 million.